The difference between intolerance and allergy 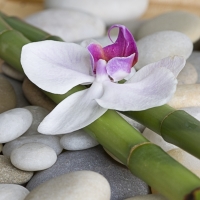 At Organic Treatment Company we don’t just offer beauty treatments and massage. We also believe in raising awareness of nutritional health and part of this is through our intolerance testing service. But what is the difference between an intolerance and an allergy?

Most people know when someone is allergic to something- an allergic reaction is just that. The body reacts to something in the same way that they would if they saw a potential threat. Normally this is a good thing- it’s how we fight off infection and lead our day to day lives in a reasonably healthy way.

The reaction is often as a result of this fight, often causing inflammation. In some cases this can be very severe which is why people who have allergies often have to be very careful (for example people with severe peanut allergies could be affected by even touching something that came in contact with peanuts, which is why there are warnings on labels if a food product was served in a factory that handles nuts).

Symptoms to look out for if you have an allergy (or think you may have one) include breathing problems, rashes, swelling, runny nose and in the most severe cases anaphylactic shock.

An intolerance to a food tends to build up over time, therefore making it less obvious to a sufferer that they even have a condition. While not as dangerous as an allergy an intolerance can still cause a lot of discomfort to the sufferer.

Symptoms to look out for if you think you have an intolerance include migraine, bloating, lethargy, diarrhoea and generally not feeling well.

Why book a test?

In simple terms it is hard to deal with a problem if you don’t know what it is. Some people may try elimination diets but this may not necessarily pinpoint a problem as effectively as an intolerance test. This is further complicated by the fact that it may be a multitude of foods, something that could require a number of elimination tests for (and this could also mean ruling out different combinations, further delaying any clear indications of what the problem could be).

As well as tests we also offer nutritional therapy sessions. This is about more than simply coming up with a “diet”- this is about ensuring your long term physical health and wellbeing.

Furthermore it should be stated the sessions recognise different people have different lifestyles and that healthy living can be achieved with optimal food preparation and a smart approach.