The Origin of Reflexology 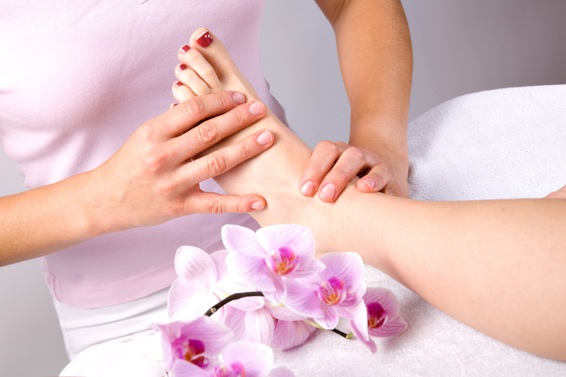 Reflexology is a very beneficial treatment. It may seem strange but a lot of conditions can be traced back to points in the feet. In this article we will look at where reflexology came from and how the treatment has developed over time.

The tradition of reflexology can be traced back to a couple of different sources. Some historical evidence suggests it originated in China around 4000 BC which would make sense given that it is connected with the philosophy of chi (energy centered around pressure points around the body). Even today many people in China put their bare feet on rocks in a similar method to their ancestors in order to get the benefit of this treatment.

However it was not only in China where people developed this kind of treatment. There is also evidence found in the tomb of Ankmahor that a similar practise was developed in Ancient Egypt and that for centuries Native Americans also engaged in similar methods of treating various conditions.

The modern version of reflexology was referred to as “Zone Therapy” and was credited to Dr William Fitzgerald around 1915. Over time this was developed by a practitioner called Eunice Ingham (who has since been referred to as “the pioneer of modern reflexology techniques” as she popularised this method before and after the Second World War).

Modern techniques involve finding spots on the foot that correspond to other parts of the body. This is known as acupressure- similar to acupuncture only using the hands to apply pressure rather than needles. Because this is applied to the feet there is also the fact you only need to remove shoes and socks in order to get the benefit from it, so this is also a good treatment for people who want a relaxing treatment but may not necessarily like the thought of removing clothing around strangers (although this is something we emphasis we take seriously and we believe in helping people to relax).

Massaging these points help to get relief from various conditions including helping to address hormonal imbalances, pain relief and is an effective method of reducing stress and the effects of stress related conditions (for example stress has been found to be an exacerbating factor in a number of heart conditions.)

Typically a treatment will take around 50 minutes and it is recommended to get around 4-6 sessions in order to get the best from it. It is easy to be cynical about this- however reflexology has been used by the NHS and it has been acknowledged to provide long term health benefits.

At Organic Treatment Company we have three trained reflexologists on our team. As well as being experienced in providing reflexology treatments our mobile service means they can come direct to you. As with other treatments we use organically sourced oils and products as much as possible so that you get the full benefit from it.

For more information contact us today and we’ll be happy to tell you about our service and how we can work for you.